Marazzi will be presenting its new collections at Cersaie 2012, the international exhibition of ceramic tile and bathroom furnishings on in Bologna from 25 September to 29 September.

* From Cersaie 2012 edition it won’t be possible to change the invitations at the ticket booths anymore; for this reason, the online registrationis now obligatory. 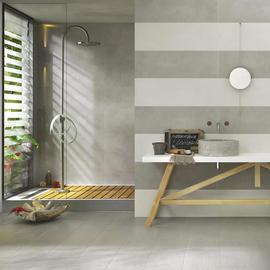