What I liked at Cersaie! 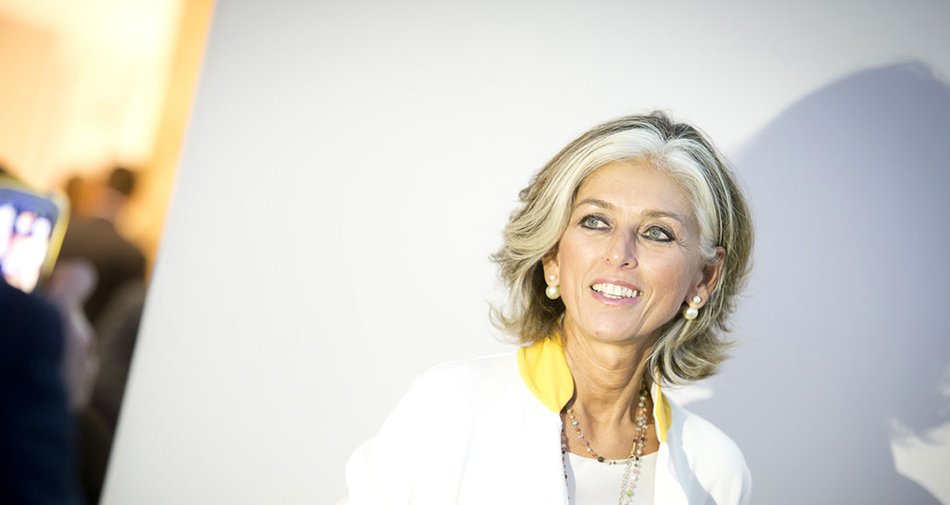 This year I again had the honour and privilege of taking part at Cersaie, as godmother to both the “Cersaie disegna la tua casa” (“Cersaie designs your home”) competition and to the fantastic “Il tuo spazio Marazzi ti regala una vacanza” (“Your Marazzi Space: Win a Holiday”) competition, organised by Marazzi for the third time.

Cersaie is the biggest international architecture and bathroom furnishings show, and it was held, as always, in Bologna, from 22 to 26 September.

It is basically a trade event, but every year it is including a richer and richer array of projects focusing on architecture, interior design and the needs of consumers.

This year, for the first time, Cersaie opened its doors to exhibitors of wood, marble and natural stone, to offer the end user a complete overview of the sector.

Walking around Cersaie during the last few days, I found that the all-over use of ceramic tiles is becoming more and more common.

No longer used just in the bathroom and kitchen, increasingly ceramics are appearing in other rooms of the home like the living-room or bedroom,or even finding their way outdoors to pave patios, balconies and gardens.

Not to mention the use of ceramics in architecture and the contract sector,thanks for example to slabs of larger and larger sizeand the variety oftechnical characteristicsthat make ceramics extremely versatile materials, capable of meeting the architect’s many and varying needs.

My favourite of the new Marazzi collections is Clays, a material that recalls traditional terracotta but in a modern interpretation with very warm colours and a truly original collection of “wall decoration neckties”.

When they showed me the projects in the competition, I immediately noticed that this year consumer trends favoured the wood-look collections;in fact, nowadays the ceramic reinterpretations of wood are stunning and the Treverk family by Marazzi is excellent proof that ceramic technology has now reached extremely high levels, with results in terms of appearance that can only be described as excellent.

Like last year, the projects in the competition were all of fine quality and the jury found it very difficult to choose the three winners.

I am glad I was not a member, because I would have found it impossible to choose and I would have awarded prizes to most of the entrants, creating a lot of problems for Marazzi!

In 3rd place, which in actual fact was a tie for second, so that both entries received the same prize, was the renovation of a historic buildingin the centre of Cagliari which installed Treverkchic, a collection presented at last year’s Cersaie, in Noce Francese colour.

The project involves the renovation of a historic building in the heart of Cagliari. Treverkchic in Noce Francese was chosen with the aim of mixing and merging this fantastic ceramic material with the wood and natural stone used. The result is a perfect blend of tone-on-tone shades that beautifies and completes the renovated interiors, making them warm, welcoming and very elegant

The Silver Medal went to the architect Antonio Giummarra with the “Edificio Plurifamiliare CCC”, (“CCC Homes”) project, located in a fast-growing part of Ragusa.

The building consists of 3 independent residential units on several levels, and the architect choose to finish one external facade in an unusual, original way, using Marazzi TecnicaSistemA on the roof! The design approach sets out to meet the clients’ need for independence and separation within a single building.

The 1st prizewas awarded to Patricia Malmenvallwith her project from Trieste, which recounts the renovation of her home in modern style:

a TOTAL MARAZZI home, where the Blend, Block, Oficina7, SistemC, Treverkhome and Treverkway collections were used in virtually all the rooms in the building, in an attractive, original way.

The winning designer aimed to create continuity between indoors and out with the Block series in Silver, a neutral colour that is an ideal combination of elegance and versatility, matching it with the same colour in the steps and patio.

She used the Mix decor tile in the same series to create a feature frieze in the kitchen, while in the guest bathroom the combination of mosaic and rectified tiles generates a dynamic effect that breaks up the tone-on-tone look.

The sleeping area is dominated by the chestnut wood varieties of the Treverkway and Blend series.

My compliments to them all for their originality and who knows how many surprises the next Cersaie will hold in store for us... I’ll be here to discover them all!