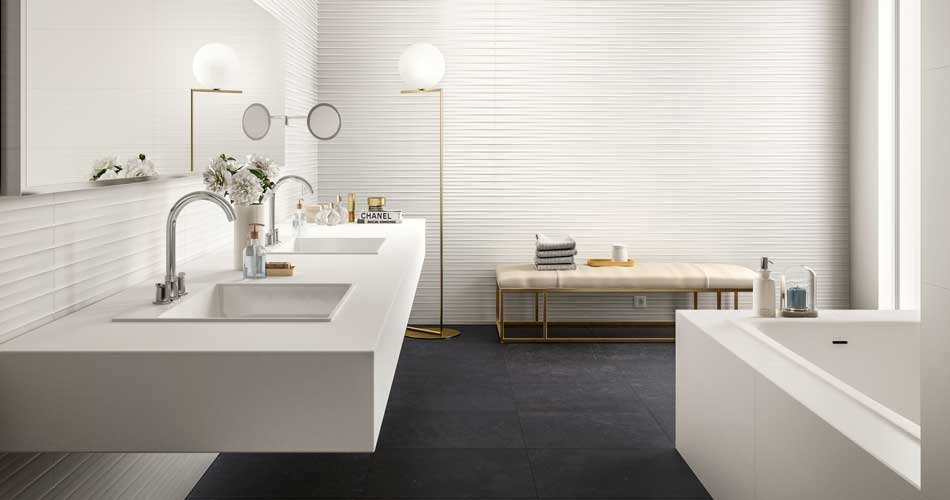 If you love the total white charm and you are looking for an original and surprising solution, 3d effect tiles are the perfect option. With their effects of lights and shadows, they are really trendy in interior design at present and they are a good option to decorate with style residential bathrooms but also to give character to public ones, such as in wellness areas, hotels, restaurants.

Essenziale by Marazzi is the range of white tiles developed with original 3d effects and in different surfaces, glossy and satiny, for a new concept of total white.

Essenziale Wave is inspired by the 3d effect of waves and it's recommended for horizontal laying, while available in both gloss and satiny finishes. Essenziale Flora recreates a new 3d texture by stylising a natural feature, in a satiny finish.

Essenziale large format( 40x120 size) allows to clad walls with minimal breaks, to extend the effect of covering continuity to its maximum.

Essenziale success and modernity in the interior décor field led Marazzi to expand the collection with two new 3d finishes, showcased at Cersaie 2016. In addition to Wave and Flora , Essenziale will be available in the new Drape and Deco structures: the first with a new draping effect on the surface, while the second recreates an original wrinkled effect with an irregular 3d texture. Drapeand Deco will be produced both in satiny white and in a brand new metal finish, to decorate walls with new surprising combinations and light effects.

Designers can also play with Essentiale by matching it with other interesting collections by Marazzi for the flooring. Tiles with marble effect in large format, as for example Allmarble, are the perfect solution for a white and bright room. For those who prefer the contrast between white and dark, Essentialecan be matched with a stone effect flooring, such as Mystone Gris Fleury in anthracite, or a concrete effect one, such as the Brooklyn line. Essentiale total white looks also great with a wooden effect stonewares, such as Marazzi Treverkhomecollection. 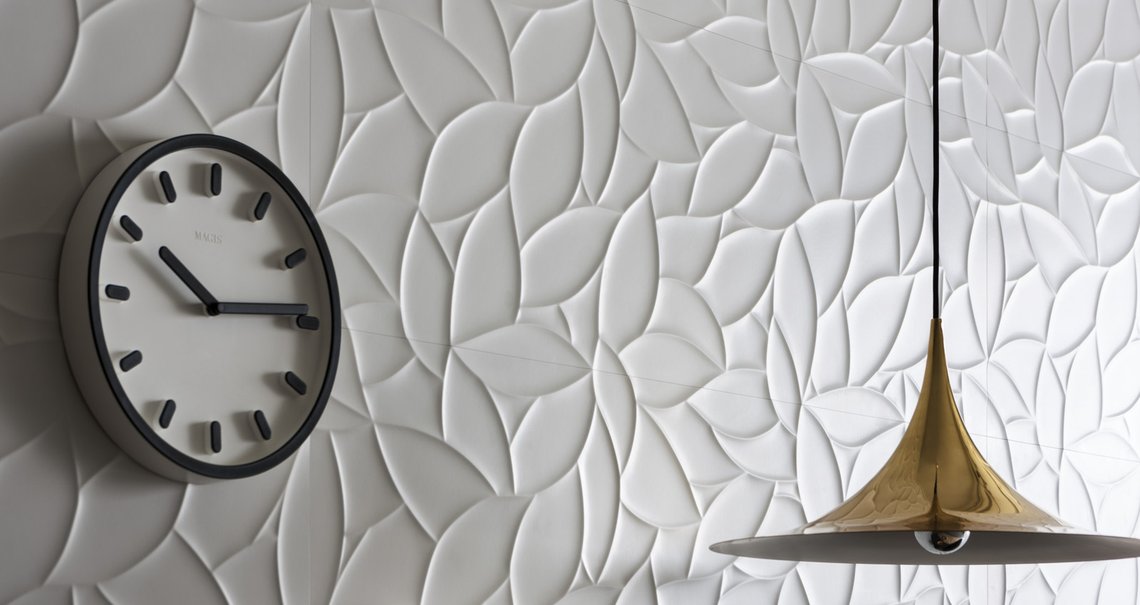 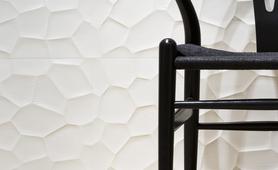 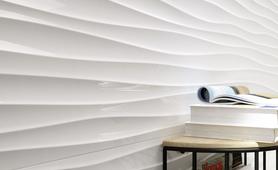 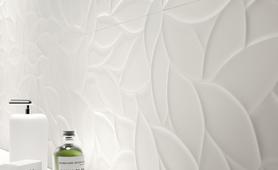 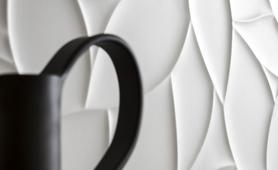 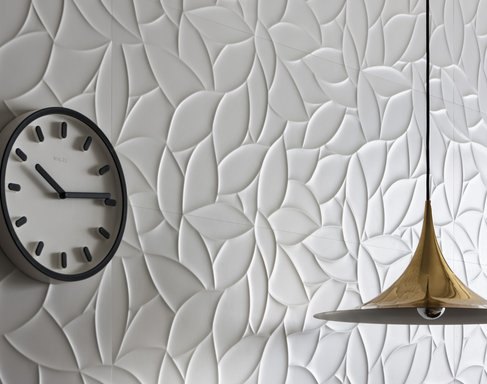 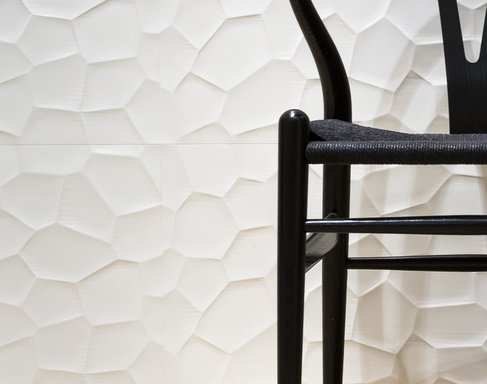 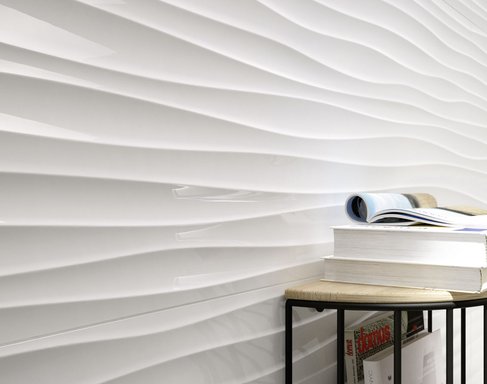 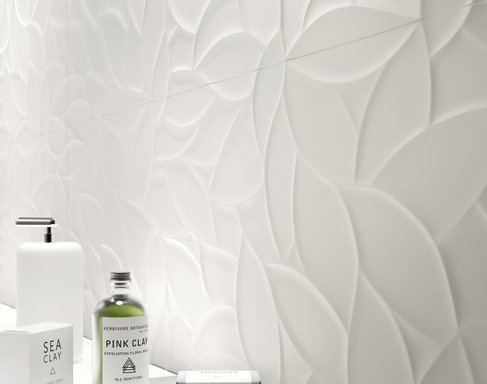 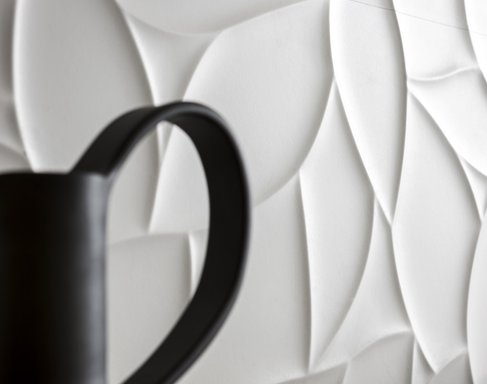 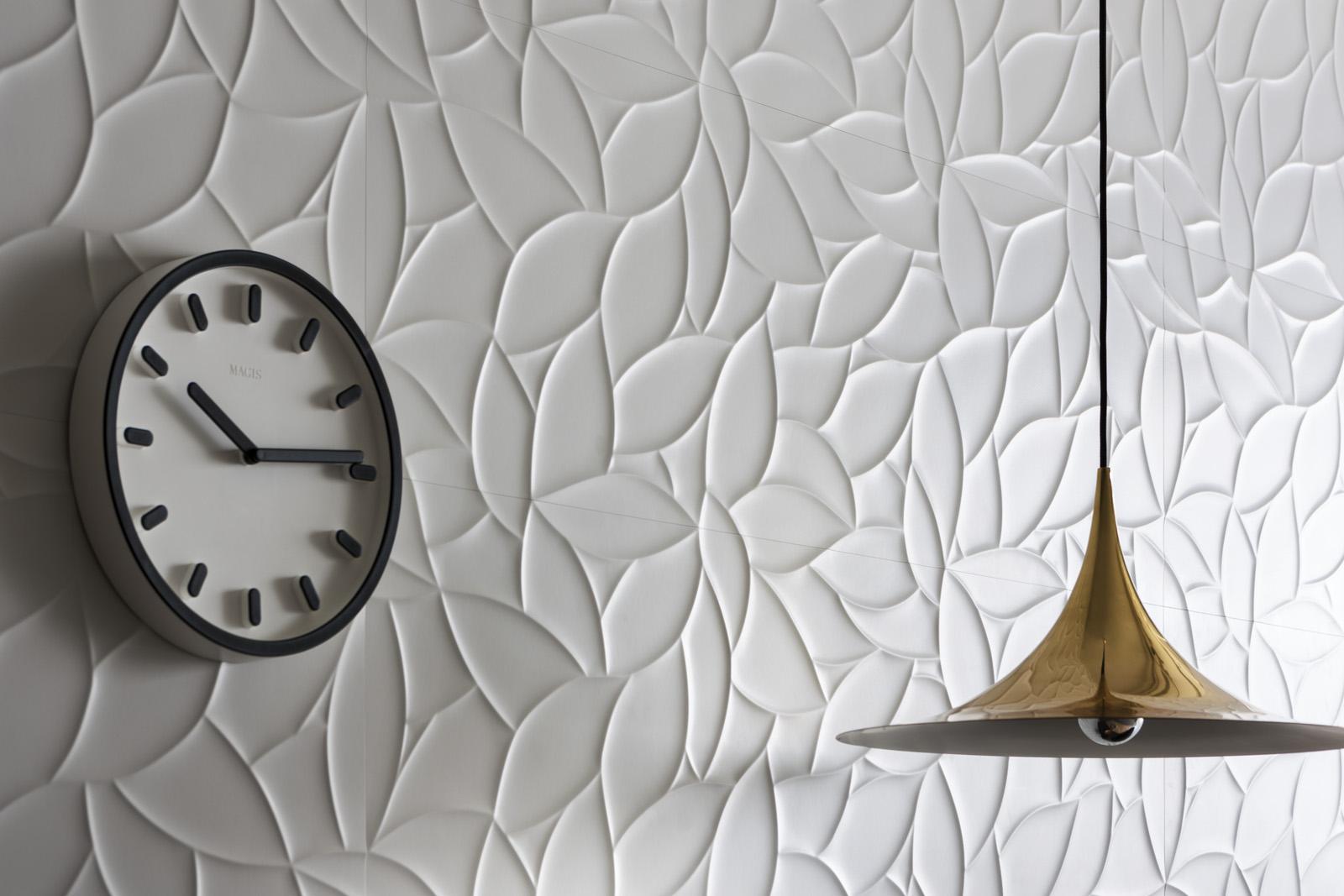 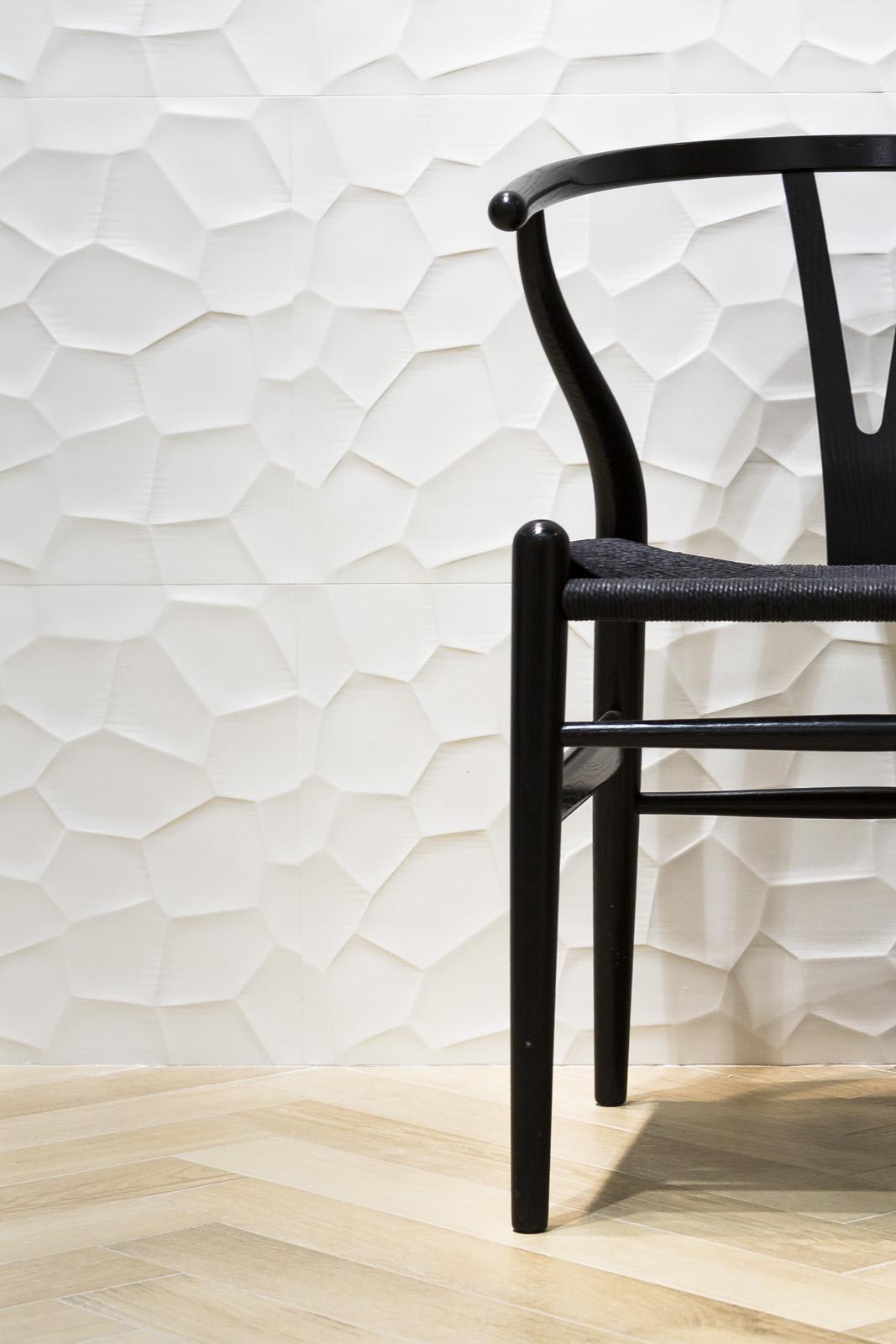 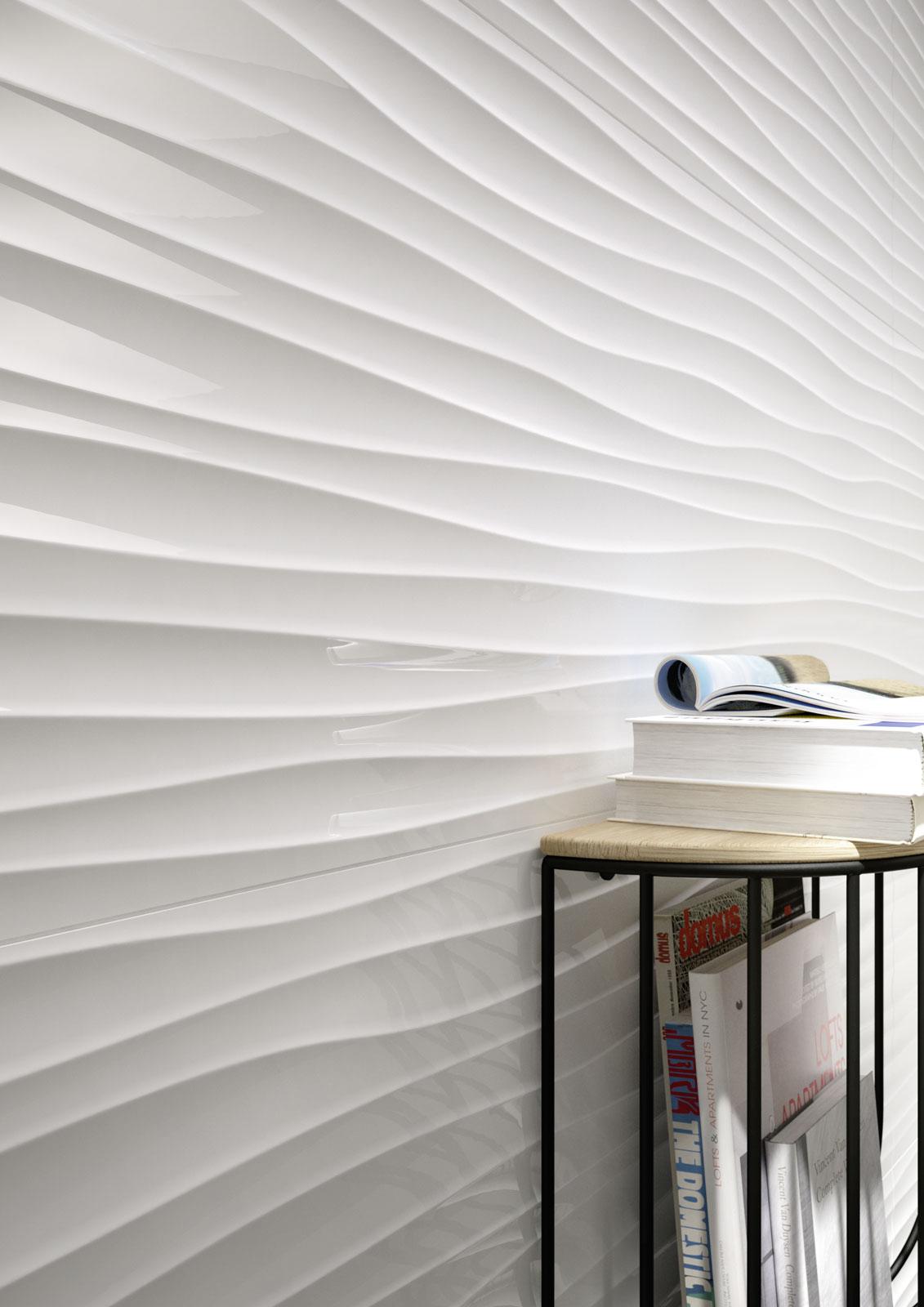 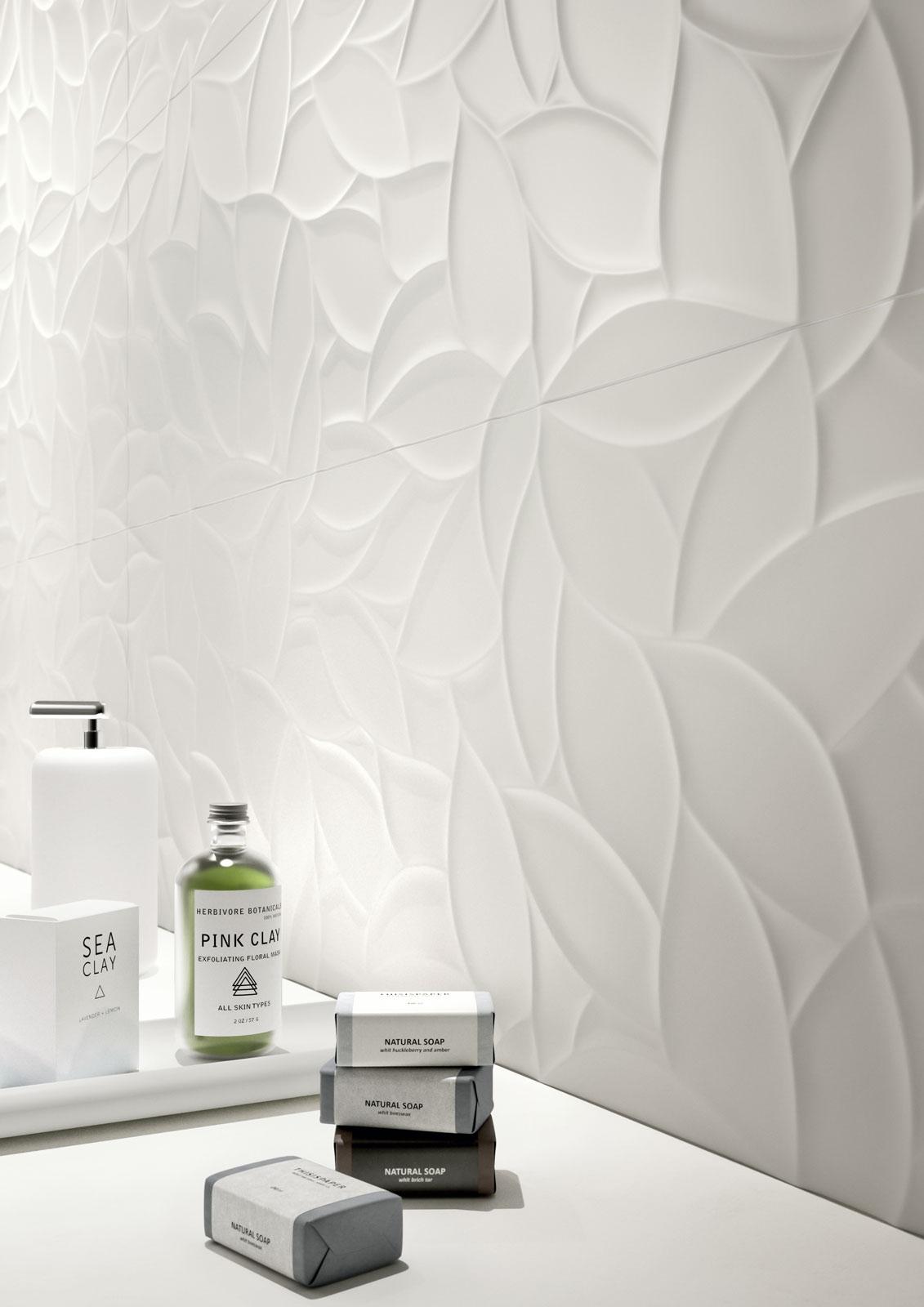 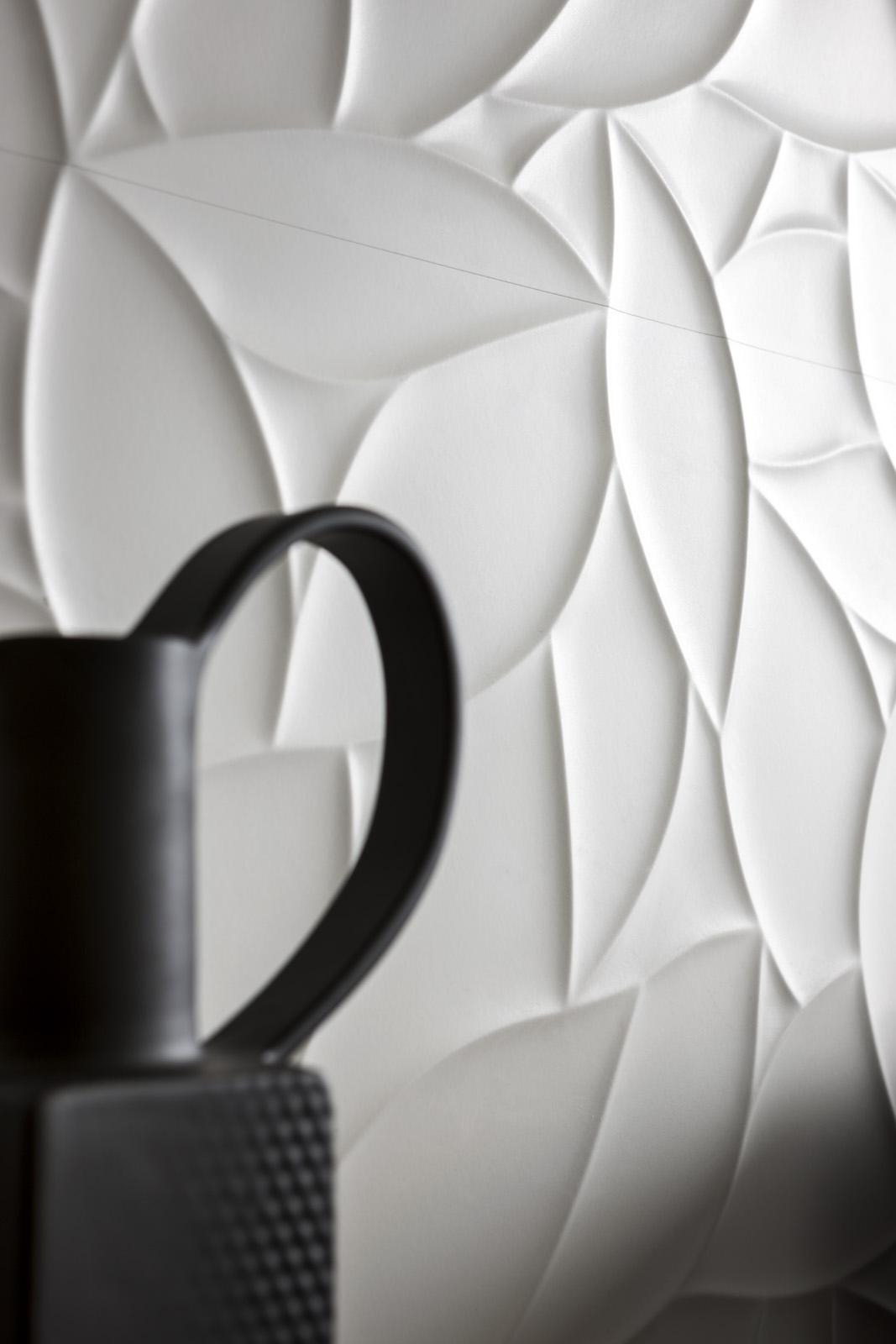 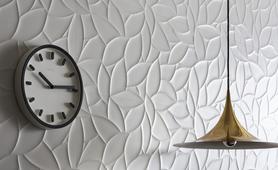