Home The Tile Club Photography with a power beyond words

Photography with a power beyond words

“Luigi Ghirri. The Marazzi Years 1975 – 1985” is the exhibition curated by Ilaria Campioli at the Palazzo Ducale in Sassuolo containing the major corpus of photographs produced by Luigi Ghirri for Marazzi, in a particularly fertile partnership between creativity and business. It reflects the photographer’s original, individual genius in shot construction, together with an ironic, intellectually aware vision.

Over a decade starting in 1975, Marazzi invited Luigi Ghirri to photograph its collections. It was the time of the “Marazzi Portfolios”, in which the first photographers to be invited - Luigi Ghirri, Cuchi White and Charles Traub - placed ceramic tiles in the context of their own artistic language. Writing about these works, Ghirri states that: “Ceramics have a history that is lost in the mists of time. They have always constituted an “object” on which other objects rest: the furniture, gestures, images and shadows of the people who inhabit these spaces. When creating these images, I kept all this in mind and tried, by using surfaces in different colours, and superimposing objects and images, to reconstruct a space which was not the physical and measurable space of an actual room, but rather a representation...”. In ten years, Ghirri produced a major body of work for Marazzi, reflecting a fertile partnership between creativity and business. Almost entirely detached from the canons of advertising imagery, these works are extremely consistent with the photographer’s artistic and visual research and the topics most important to him: surfaces, common objects, design, landscapes, and light as genius loci. This group of 30 or so photographs is now the centre of the exhibition Luigi Ghirri. The Marazzi Years 1975-1985, curated by Ilaria Campioli, at the Palazzo Ducale, Sassuolo (16 September - 31 October 2021): an exhibition project undertaken by Gallerie Estensi in partnership with the Archivio Luigi Ghirri and Marazzi Group.


Luigi Ghirri uses ceramics to investigate questions that relate to the function of photography as an art form. Ceramic tiles become a “grid”, a large sheet of squared paper, which stimulates thought and speculation about representation itself: miniaturisations, changes of scale, shadows, the inclusion of unexpected objects and the overturning of the viewpoint. Ghirri sees photography as a continual opportunity to study the world, through the evocative power of play and memory. For Ghirri, no image is direct and immediate: they almost always conceal a system of figures and reflections, masked or enhanced by shadows to nourish a sense of intrigue, ambiguity or duality. For Marazzi, Ghirri produced a coherent body of work in which his ironic, subtle gaze is ever-present to “reveal to us something magical and marvellous, a deliciously Borgesian surprise, in which a vague feeling of improbability embraces everything we see, and a slight doubt arises regarding what is true and what is false” (Georges Perec, L’œil ébloui, 1981).


“In his works for Marazzi,” exhibition curator Ilaria Campioli explains, “Luigi Ghirri placed the ceramic material within a wider reflection on representation. The surfaces become part of the system of measuring and reducing the world into scale, which was so important for the artist in that period. The combination of the different planes and grids allowed him to further investigate and reflect on knowledge and learning, as if they were a new page on which to learn how to write and draw each time.”


From the Palazzo Ducale, the corpus of photographs will transfer to Paris Photo (11-14 November 2021). 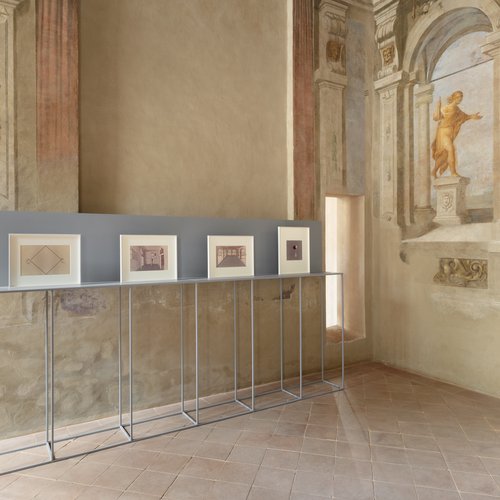 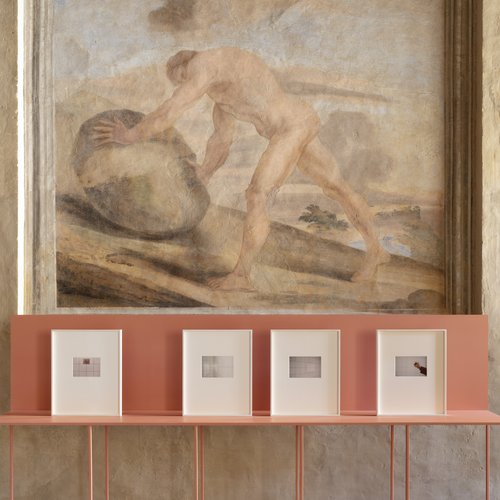 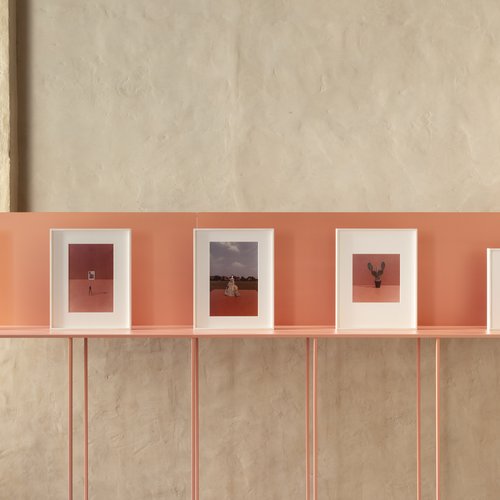 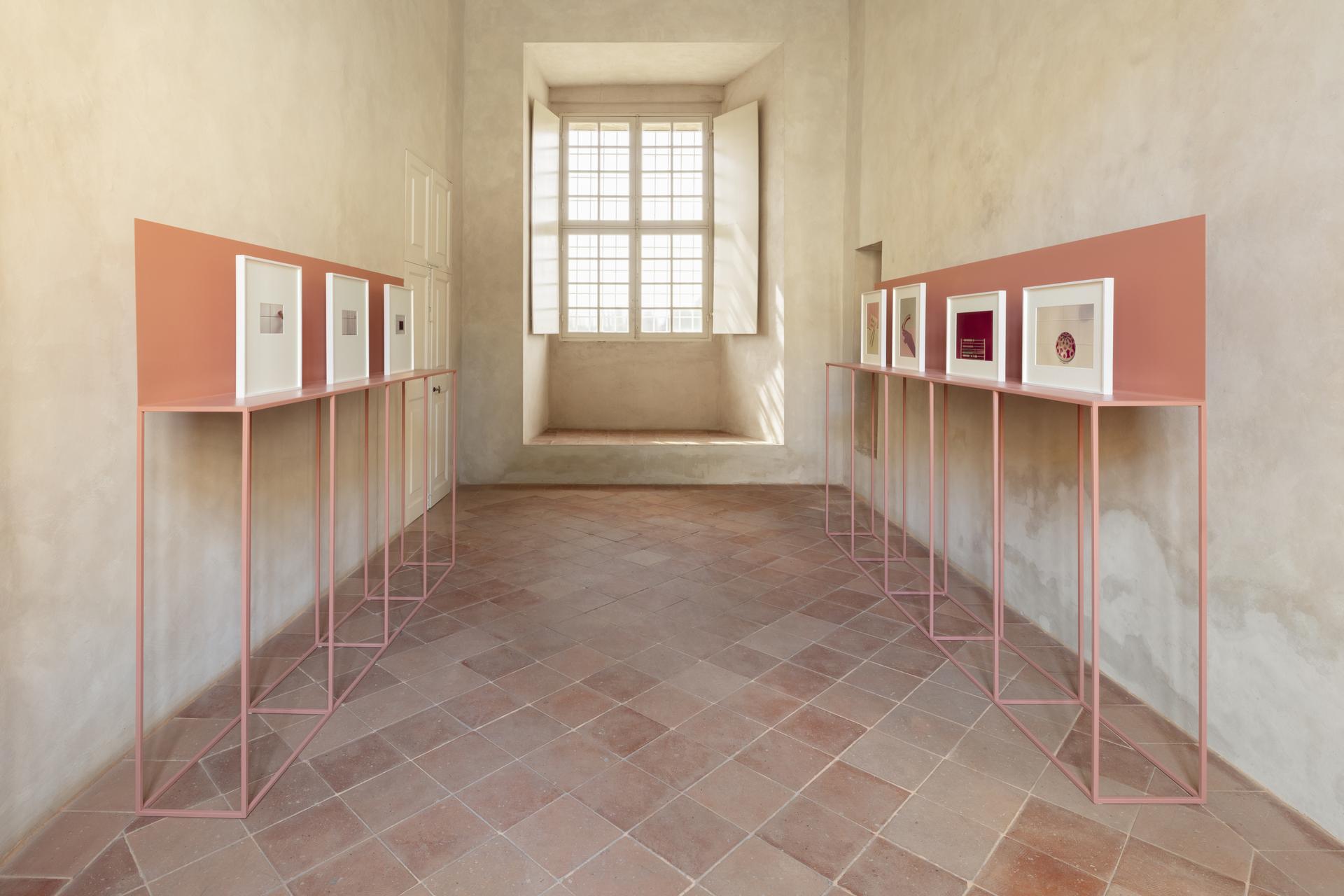 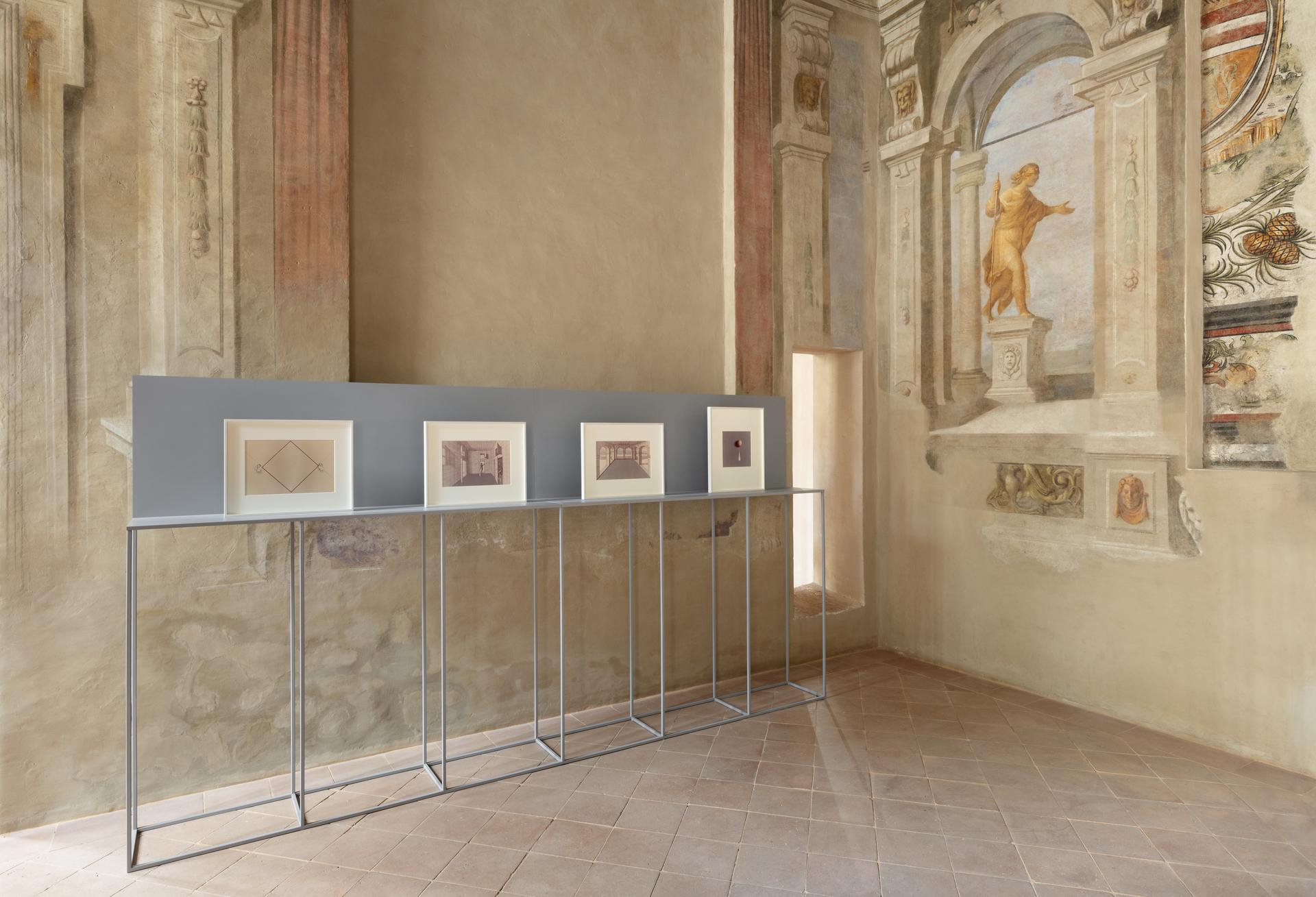 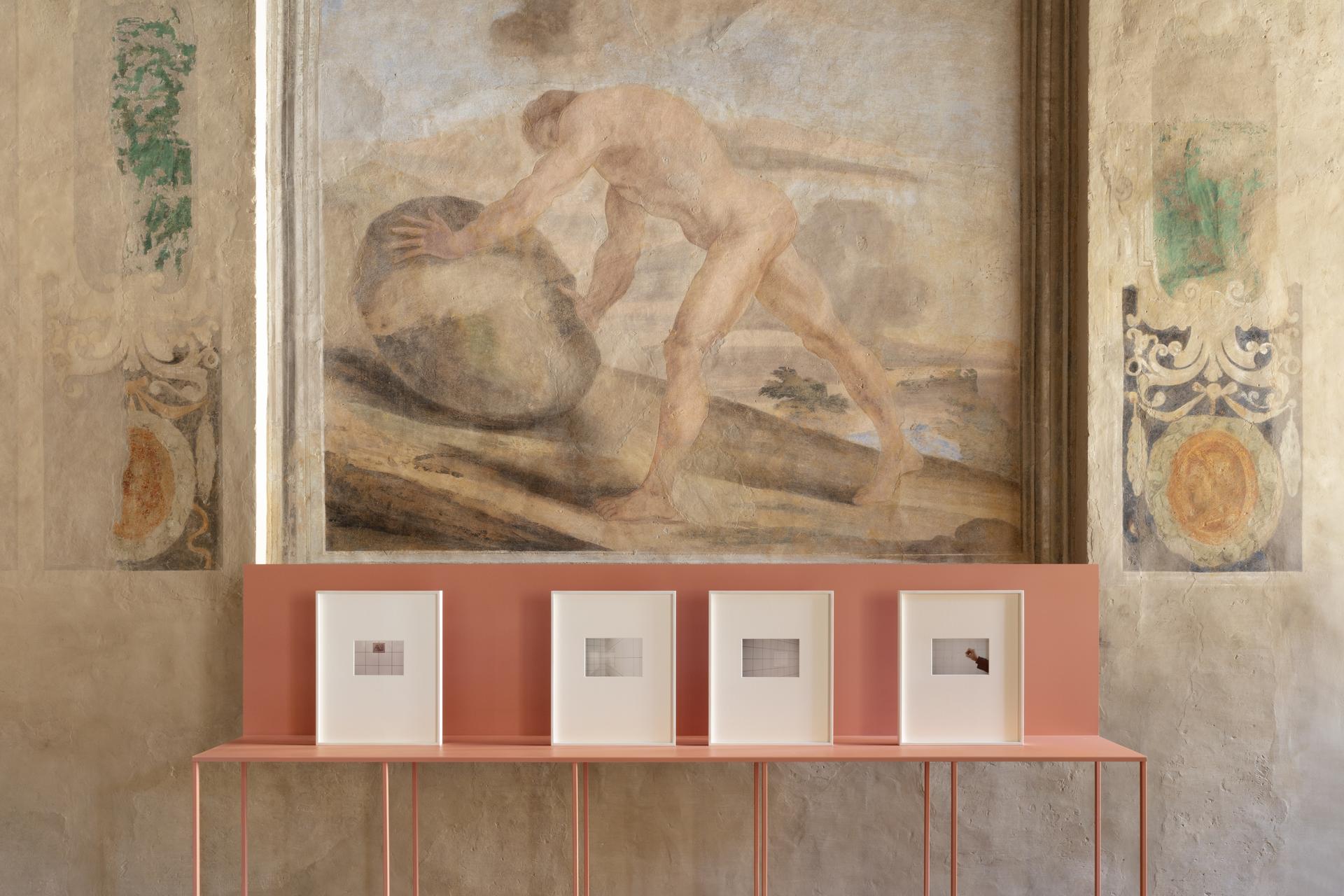 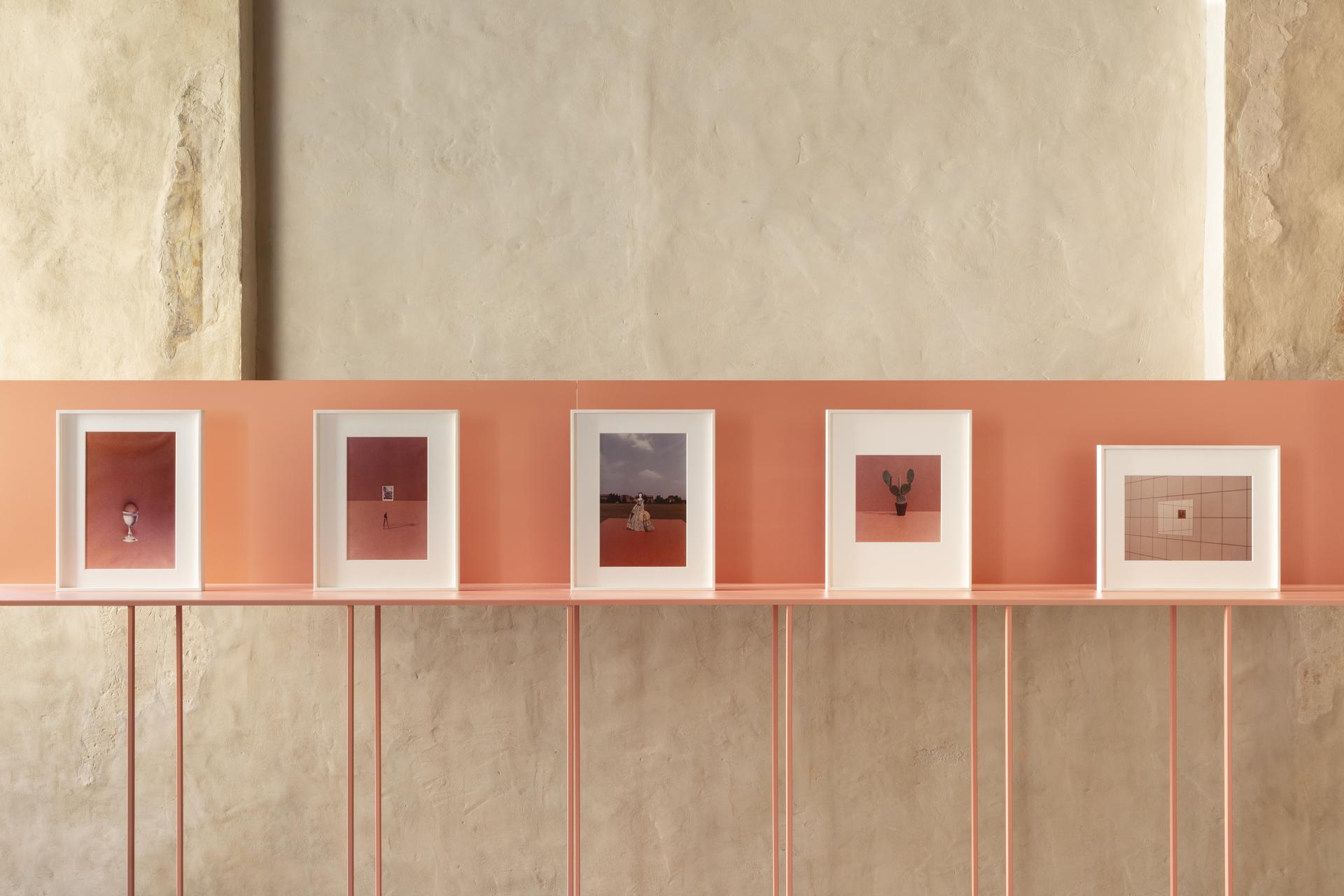 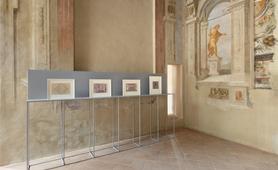 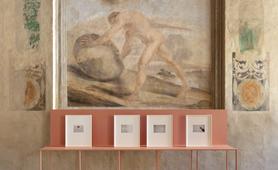 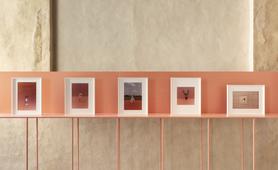